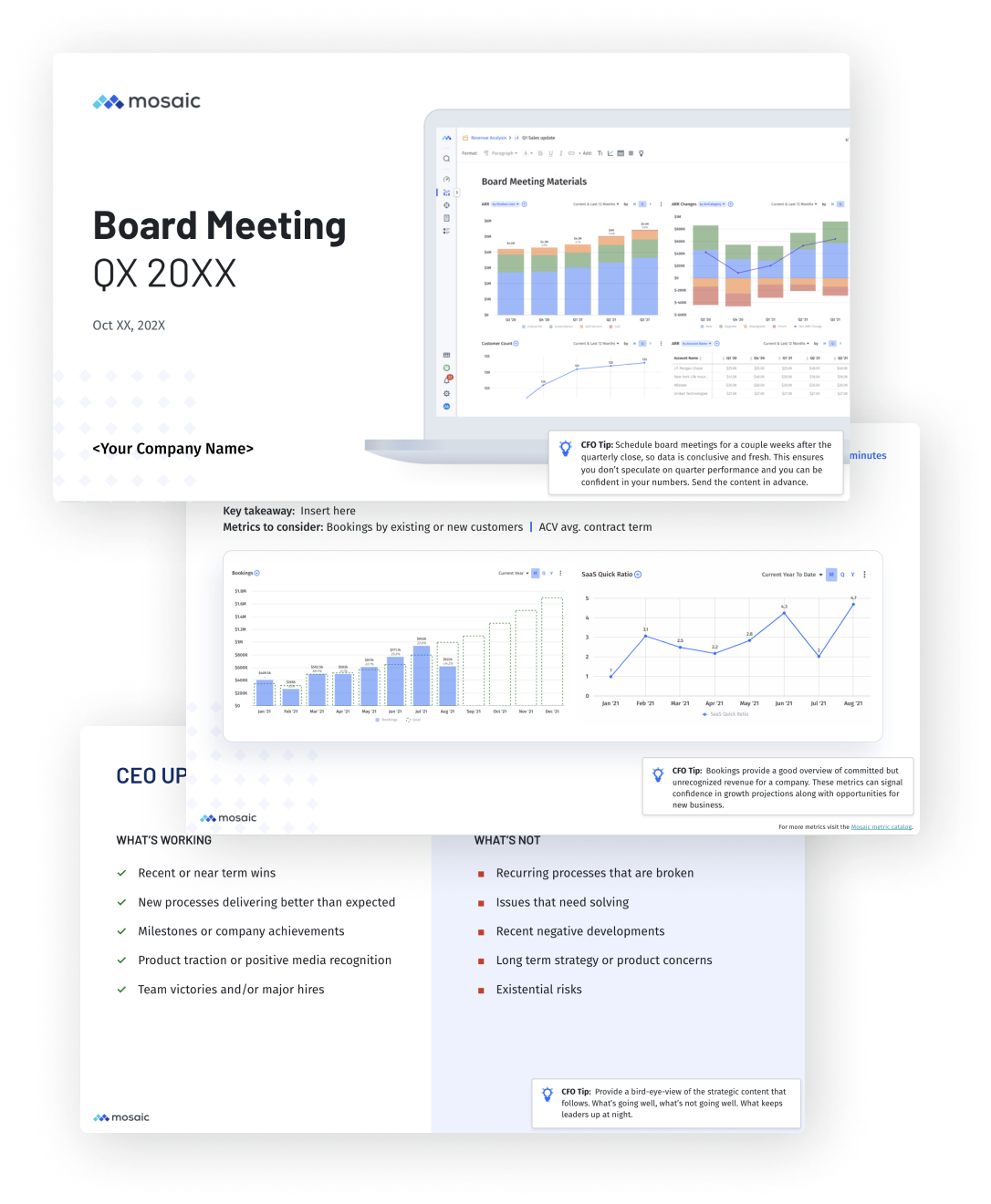 Tesla’s and Elon Musk’s penchant for taking risks might have propelled the company to its explosive success in 2020. But it also put them on the brink of bankruptcy at least twice. Find out how a strategic CFO helped Musk right the ship and help Tesla become the world’s most valuable automaker.

How do you break into the notoriously unforgiving auto industry and become the world’s most valuable carmaker in 17 years? If you’re Tesla, you “aggressively attack opportunities, heedless of risk,” according to Business Insider’s Matthew DeBord.

But while “attacking opportunities, heedless of risk” may have been a part of Tesla’s success, plunging headfirst into high-risk business decisions nearly bankrupted the company. Twice.

Elon Musk (rightly) gets a lot of the glory for the automaker’s success. But one thing’s clear: Tesla couldn’t have reached this point without a strategic CFO there to guide the company through its darkest times.

Near-Bankruptcy Crisis #1: The Economic Crash of 2008

Just as Tesla was getting ready to close a $100 million Series E in the Summer of 2008, the global economy crashed, sending the company spiraling toward bankruptcy by the end of the year.

The bankruptcy of Lehman Brothers sparked an international banking crisis. One consequence? It became nearly impossible for a startup like Tesla to raise capital. Why would anyone take an unnecessary risk on a startup, independent American car company when giants like GM and Chrysler were falling apart?

In the wake of this crisis, Elon Musk took over as CEO. But all the plans Tesla had for the $100-million funding round went out the window. Tesla couldn’t build a new factory or headquarters. The company had to delay the Model S launch and had to layoff nearly a quarter of its staff.

The safe decision would have been to sell the company. But Musk took a risk. He funded the company out of his own pocket after the Series E fell apart.

That may not seem notable when you consider Elon Musk the billionaire today. But at the time, he had already put all $180 million he received from PayPal shares into Tesla and SpaceX.

Elon Musk’s brother told reporters that Elon was in debt—“more than broke.”

This story prompted Steve Jurvetson to call efforts to save Tesla “the most extraordinary act of entrepreneurial zeal and commitment” he’d ever seen because Musk was willing to go “net negative, personally.”

When a $40 million loan and subsequent financing round finally closed on Christmas Eve 2008, Musk said the company was just three days away from bankruptcy.

But a $40 million loan to pull Tesla back from the brink of bankruptcy didn’t suddenly right the ship. The strategic guidance of CFO Deepak Ahuja did.

The Solution: IPO As a Funding Strategy, Not an Exit.

Ahuja helped guide Tesla out of these darkest days by treating the company’s June 2010 IPO as a funding strategy rather than an exit strategy.

At the time, Ahuja wondered if he’d be a casualty of Tesla’s big round of layoffs. He’d only joined the company a few months before the economic crash. And he said it might have made sense: “Why have a high-paid CFO when you don’t need it?”

Except times of financial crisis are exactly when you need a strategic, right-hand CFO on board. And Musk must have recognized that, because he kept Ahuja to help get Tesla back on track.

The truth was that Tesla would always need more money. That’s just the nature of the auto industry. That’s why Ahuja and Musk started down the IPO path. According to Ahuja:

“For us, an IPO was not an exit strategy. For us, that was the best way to get capital at the lowest cost possible: by going to the public market. An automotive company is asset-intensive. We knew we needed billions of dollars, and there was no VC in the Valley who was going to give us even $100 million. . . . That was the only reason we went public, knowing that it came with a lot of pain in terms of disclosures, in terms of visibility, and so forth. It was the right strategy for us.”

The IPO didn’t magically eliminate Tesla’s financial challenges. But it did help the company finish climbing out of its 2008 near-bankruptcy crisis and set Tesla on the path to becoming the world’s most valuable automaker 10 years later.

When Tesla tried to ramp up to mass production of its Model 3 car, it went through production hell between 2017 and 2019 that brought the company to the brink of bankruptcy once again.

The Model 3 presented an existential crisis for Tesla. And that crisis was one of the main reasons that Musk brought Ahuja back to Tesla in February 2017, after he’d retired in 2015.

The more affordable mass-market model was crucial to the company’s long-term success. But Ahuja noted that the product just wasn’t ready, and that time to market was far longer than initially expected. He told CNBC:

“To compound it, we had this super-aggressive production ramp we thought would go from zero to 400 cars a week, in six months, and we could barely touch 200. Dealing with that becomes an existential crisis because the revenue is not coming and costs are piling up.”

From a numbers perspective, the Model 3 production plans never made sense. Tesla’s free cash flow was negative for at least five straight quarters (Q1 2017 through Q1 2018). And according to Bloomberg data, the company was burning over $7,430 per minute.

All of that financial chaos brought Tesla within “about a month” of bankruptcy.

Musk didn’t need a CFO who could point out the fact that the Model 3 production plans were risky. He needed an adviser who could work within the challenge to help Tesla come out ahead in the end. And that’s what Ahuja proved he could do.

The Solution: A Relentless Crackdown on Spending

Ahuja’s main objective when he returned to Tesla was to balance Model 3 production demands with a need to get spending in check by reducing CapEx across the company.

That was easier said than done, because the company was “adding about 400 people per week for several weeks” and making widespread upgrades to production factories, according to a leaked internal email.

The solution wasn’t to advise against these production goals. Rather, Ahuja and the finance team had to “comb through every expense worldwide, no matter how small, and cut everything that doesn’t have a strong value justification.”

This process may not have alleviated the stress of Model 3 production hell. However, it allowed the company to operate on a lean budget until it could bring in revenue from hundreds of thousands of Model 3 preorders.

By the time Ahuja decided to retire from Tesla again in 2019, he had guided the company to over $24 billion in annual revenue with two straight profitable quarters that netted more than $450 million. And not only that, but Tesla had also just surpassed GM as the most valuable carmaker in the United States.

Give Finance a Seat at the Strategic Table

In December 2020, Tesla joined the S&P 500—a benchmark for the biggest U.S. stocks—with a valuation over $600 billion, making the automaker “Wall Street’s sixth largest company by market capitalization.” Elon Musk deserves so much credit for this success, but people like Homebrew VC Hunter Walk wonder if there’s “any large cap public company with more of its value tied to one specific person than Tesla.”

Musk’s personal brand  and his penchant for taking massive risks bring so much value to Tesla. But without Ahuja guiding Tesla through multiple financial crises, we may never have seen Tesla reach this peak.

Mimicking Musk’s penchant for attacking opportunities, regardless of risks, won’t guide you toward Tesla-level success. Your ability to navigate those risks—even when the numbers might not make sense—with strategic finance is what really matters. And that’s why its’s so important for finance to have a seat at the strategic table. 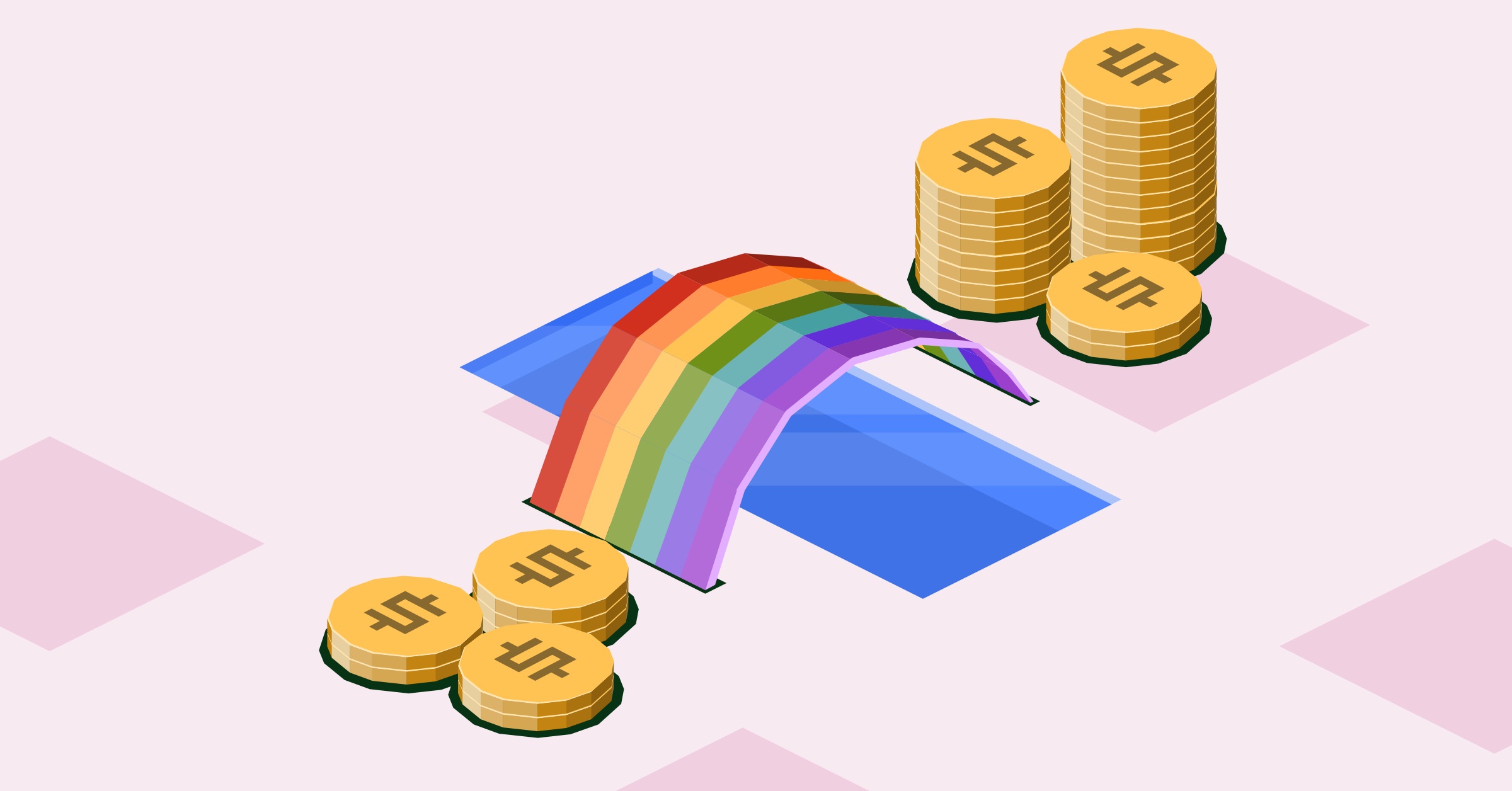 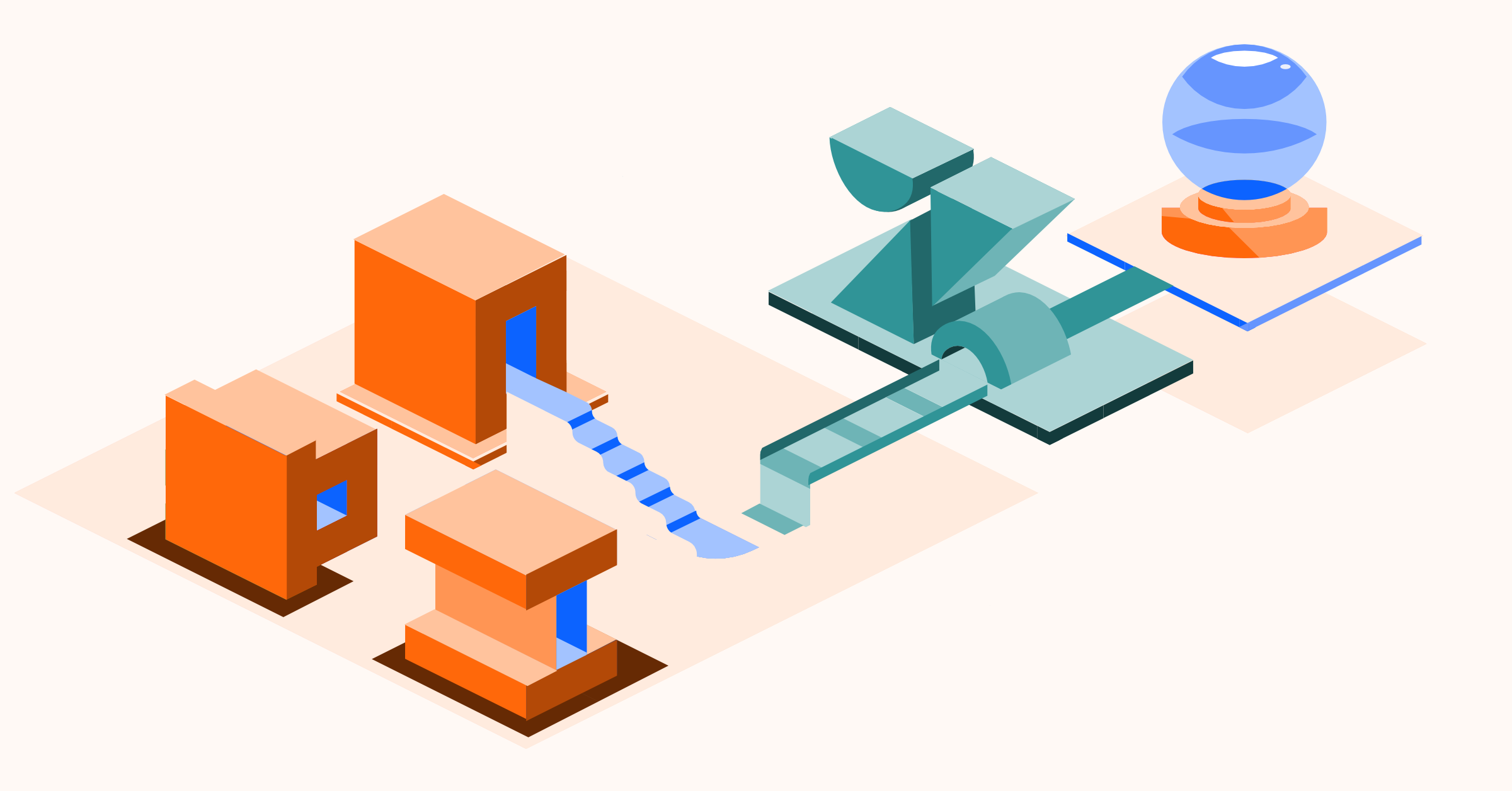 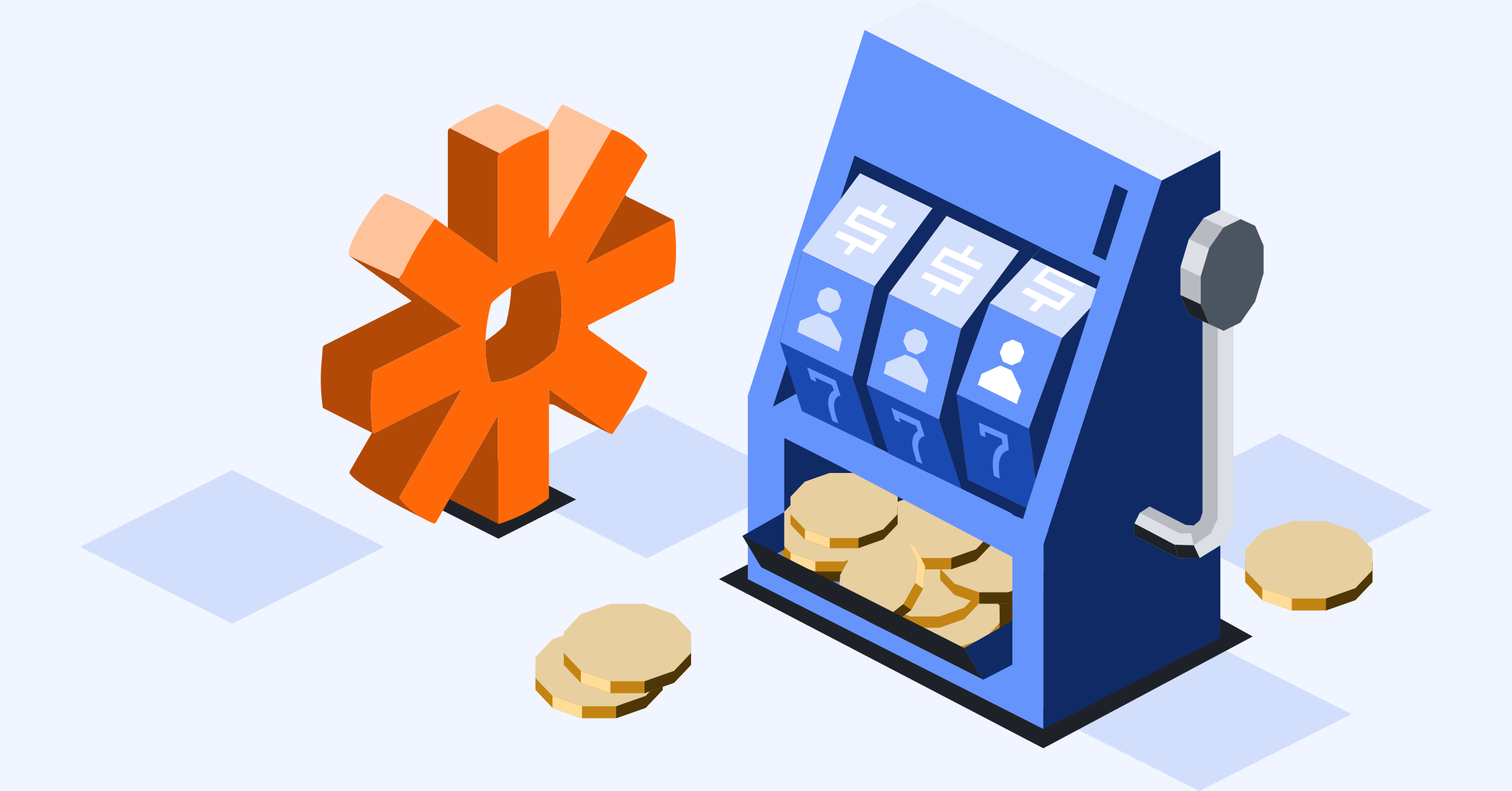