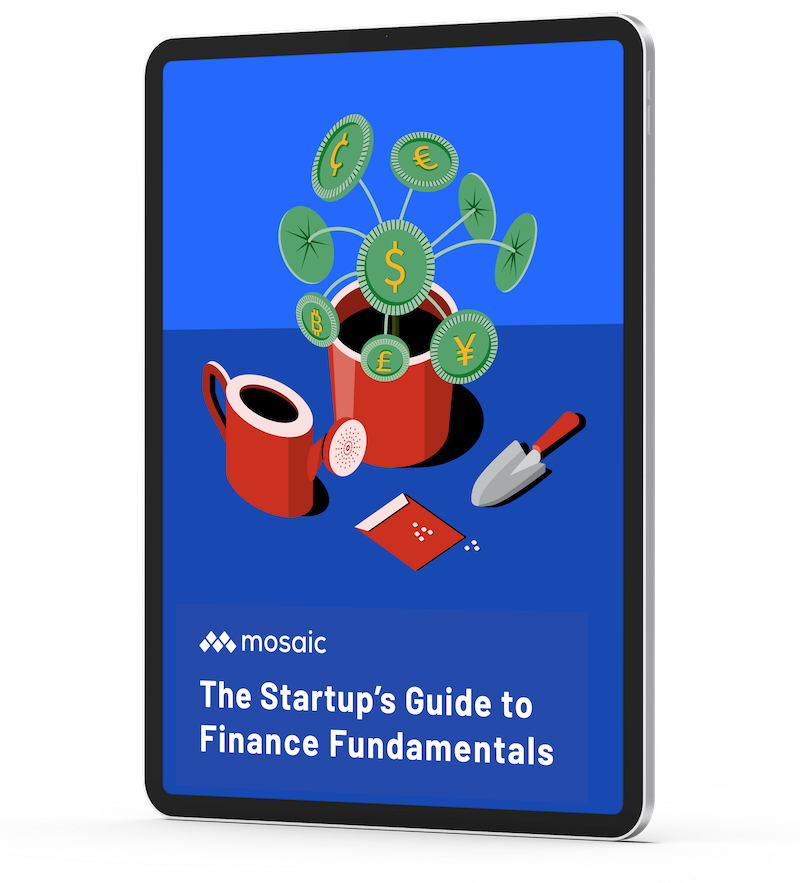 DoorDash - Is the WeWork comparison fair?

DoorDash went public at a $32 billion valuation. Some analysts seem bullish about its potential, but others say it is doomed for failure. Is DoorDash the WeWork of 2020? We looked at the financial story to find out.

DoorDash went public in December 2020 at a valuation of over $30 billion. That market cap is higher than every restaurant brand in the world other than McDonald’s and Starbucks. And in early 2021, DoorDash has already seen its share of highs and lows. But is it just a matter of time before DoorDash comes crashing down to Earth entirely?

While DoorDash’s profitability problem has sparked at least one WeWork comparison, there’s reason to believe the company can defy skeptics and achieve sustainability—if it gets its finance function under control.

DoorDash’s explosive IPO is similar to WeWork’s disastrous 2019 IPO filing for one glaring reason—its profitability problem. Even with a pandemic driving massive increases in order volumes for third-party food delivery apps, DoorDash posted a $149 million loss through the first nine months of 2020.

New Constructs CEO David Trainer called DoorDash the WeWork of 2020 because he believes the company is “unlikely to ever make money consistently.” And it’s hard to argue with that logic. Despite capturing a 52% market share against competitors like Uber Eats, Postmates, and Grubhub and boosting revenue by 226% in 2020, DoorDash posted just one profitable quarter—the first in company history.

Even DoorDash leadership recognizes that it’s fair to question whether or not the company can ever be profitable. If 2020’s circumstances didn’t make it happen, it’s easy to wonder if anything will.

DoorDash is hardly the first unprofitable company to go public. It’s in good company with Spotify, Uber, and Lyft. But a couple of key issues make this seem like a potential WeWork sequel in the making.

One way that DoorDash’s profitability problem mirrors WeWork’s is the constant need for more capital to drive growth. WeWork needed significant influxes of funding to pay for real estate deals in the world’s most expensive cities. And DoorDash needed cash infusions each time it wanted to expand into a new market.

The continuous cycle of investment and expansion led to market dominance and massive topline growth for DoorDash. But at what point does profitability become the priority?

DoorDash’s pre-seed and seed rounds helped it become a household name in the Bay Area. The $17.3 million Series A in 2014 drove expansion into Los Angeles and Boston. A $40 million Series B in 2015 led to service in Indianapolis and Toronto. And the expansion continued as DoorDash racked up $2.5 billion in funding by June 2020.

The continuous cycle of investment and expansion led to market dominance and massive topline growth for DoorDash. But at what point does profitability become the priority? According to COO Christopher Payne, DoorDash has the formula to drive down costs as its markets mature and reach profitability “in time.”

DoorDash’s $149 million in losses through the first nine months of 2020 are nothing compared to the $1.9 billion WeWork lost in 2018 as it prepared for IPO. However, DoorDash’s seemingly unsustainable, capital-intensive growth is still cause for concern.

Much like WeWork, DoorDash has leaned on a lofty estimate of its total addressable market (TAM) to highlight its opportunity to thrive as a profitable public company. Here’s a snippet of how DoorDash described the market opportunity in its pre-IPO documentation:

“U.S. consumers on our platform in September 2020 represented less than six percent of the U.S. population as of September 30, 2020 ... In 2019, we generated gross order value on our Marketplace, or Marketplace GOV, of $8.0 billion. In the same period, $302.6 billion was spent off-premise at restaurants and other consumer foodservices in the United States. Our Marketplace GOV in 2019 represented less than three percent of this off-premise spend.”

The math seems to check out. But there are a few underlying factors that will limit the opportunity DoorDash is highlighting here:

These TAM clarifications don’t negate the opportunity in front of DoorDash. There’s plenty of growth left in the food delivery market left for DoorDash to mine for years to come. But the overestimation of TAM might seem reminiscent of WeWork’s claims about the shared office space market.

WeWork claimed that its TAM for shared office space was worth over $3 trillion. That sounds like an impressive opportunity on the surface. But they only got that number by including literally any American city office worker as a potential customer. This turned out to be one of the many reasons that WeWork’s IPO fell apart.

DoorDash doesn’t seem destined for the same TAM estimation mistakes as WeWork. Instead, they’re moving into verticals like convenience and grocery to expand overall TAM. We’ll see if the expansion works out. However, the fact that DoorDash isn’t blindly following an overestimation of food delivery TAM is reason for optimism.

DoorDash’s solid grasp of its unit economics is one of the biggest reasons this company is unlikely to repeat WeWork’s failures. Insight into costs and revenue at the individual customer level is crucial for any company’s financial success—and it’s something WeWork clearly never had under control.

The S-1 Club compared these unit economics to those of a B2B SaaS company because of a “relatively significant investment upfront, a lengthy payback period, but significantly improving monetization over time, resulting in great ROI.”

DoorDash’s challenge will be maintaining these unit economics under evolving circumstances. The pandemic will subside. The TAM will come into clearer focus. Regulatory change may be on the horizon with a new administration taking office in the United States. Competition is sure to intensify. And the company continues to face public backlash for things like its questionable tipping practices and classification of drivers as independent contractors.

But compared to WeWork’s dead-on-arrival IPO, it seems that DoorDash is just beginning a more promising journey. Where WeWork expanded too quickly by taking on massive debt to sign leases it would never be able to pay off, DoorDash seems to have the financial fundamentals to succeed.

DoorDash only achieved market penetration across all 50 states in 2019. And with the unit economics pointing to a five-year maturity period for customers, there’s reason to believe DoorDash could sustain its financial success.

There are plenty of reporters and analysts who have praised DoorDash’s IPO filing and potential as a public company. But there’s one thing that could sink the company if left unchecked—a blind spot in its finance function.

DoorDash disclosed a financial reporting problem in its IPO documentation. DoorDash and an independent auditor “identified a material weakness in our internal control over financial reporting.” They said that the reporting issues could “result in errors in our consolidated financial statements...and could cause us to fail to meet our reporting obligations.”

Essentially, DoorDash has grown so quickly that it didn’t have the accounting and financial reporting infrastructure in place to maintain total control of its numbers. That’s the kind of problem that can tank stock prices and lead to grave miscalculations in strategic planning as DoorDash moves forward.

More than anything else, this is the lesson you should learn from DoorDash’s financial story. Hypergrowth isn’t a good reason to let financial fundamentals slip—especially as you follow the path to IPO. If anything, it’s a reason to focus even more on laying the groundwork for a well-oiled strategic finance function as soon as possible. Your strategic finance team is the one that will drill deep into the numbers, get a strong handle on the unit economics, and plot out your path to profitability (especially if they have the right technology at their disposal).

Time will tell whether or not DoorDash can prove skeptics wrong. But the first step for it (and any company trying to achieve sustainable growth) is strengthening the foundation of its finance function. 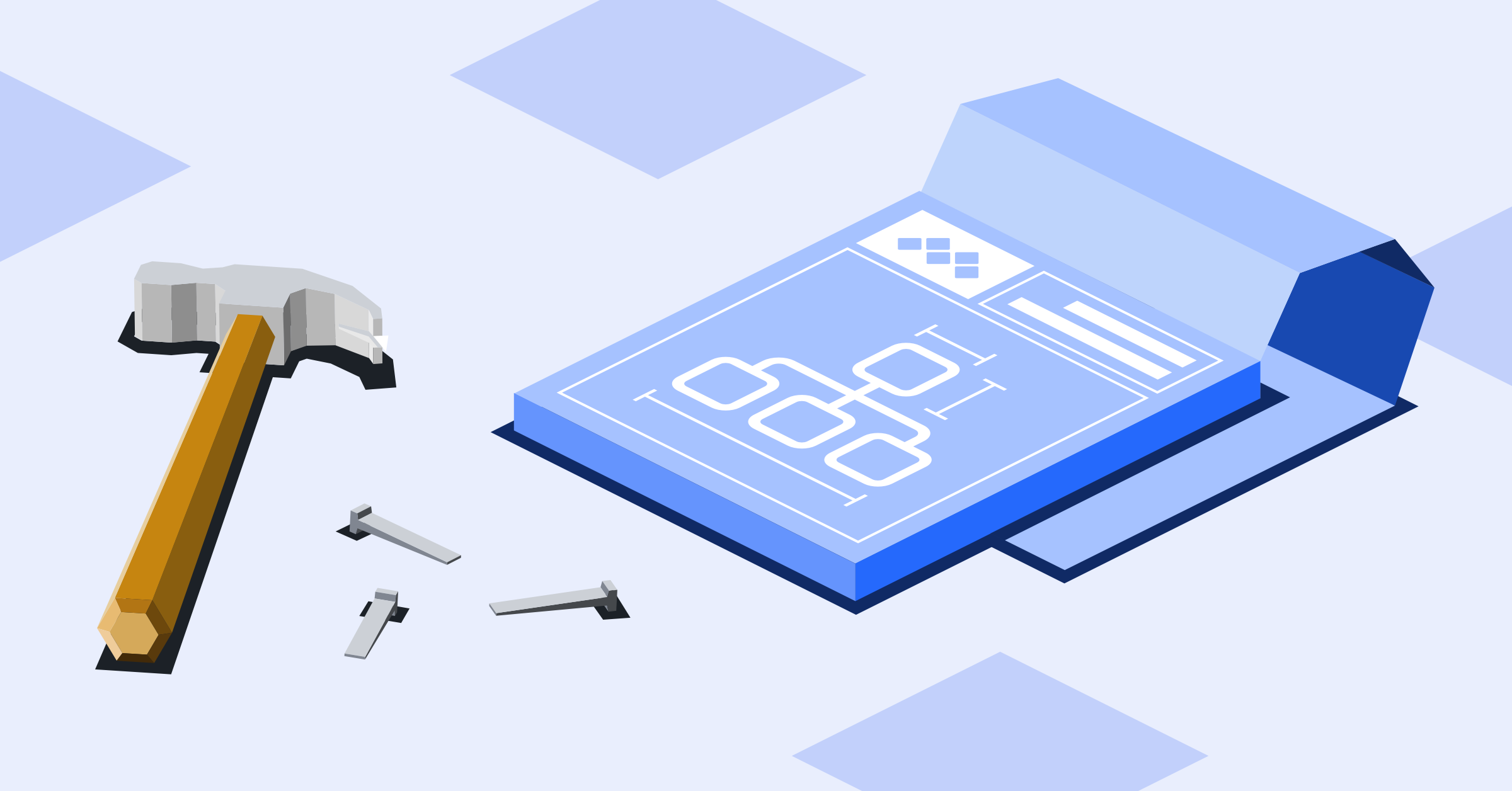 Building a Finance Team: How to Hire for High-Growth Startups

Learn the 3 keys to strategically building a finance team for your high-growth startup. 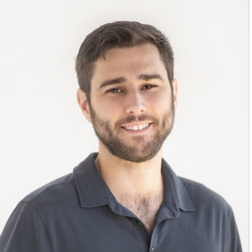 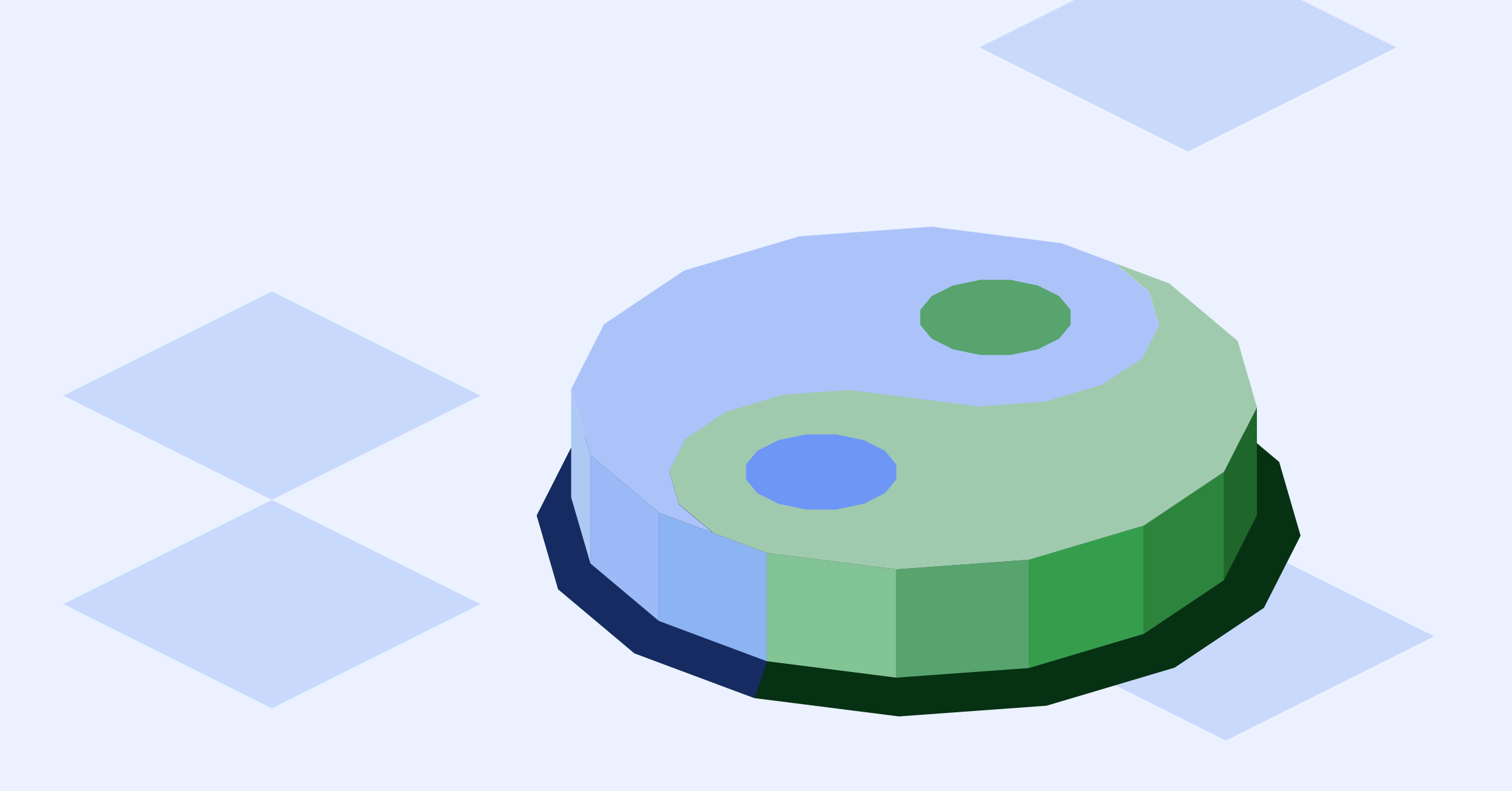 The CEO-CFO Relationship: How to Build a Powerful Partnership

Find out how to go above and beyond the traditional report and move on role. 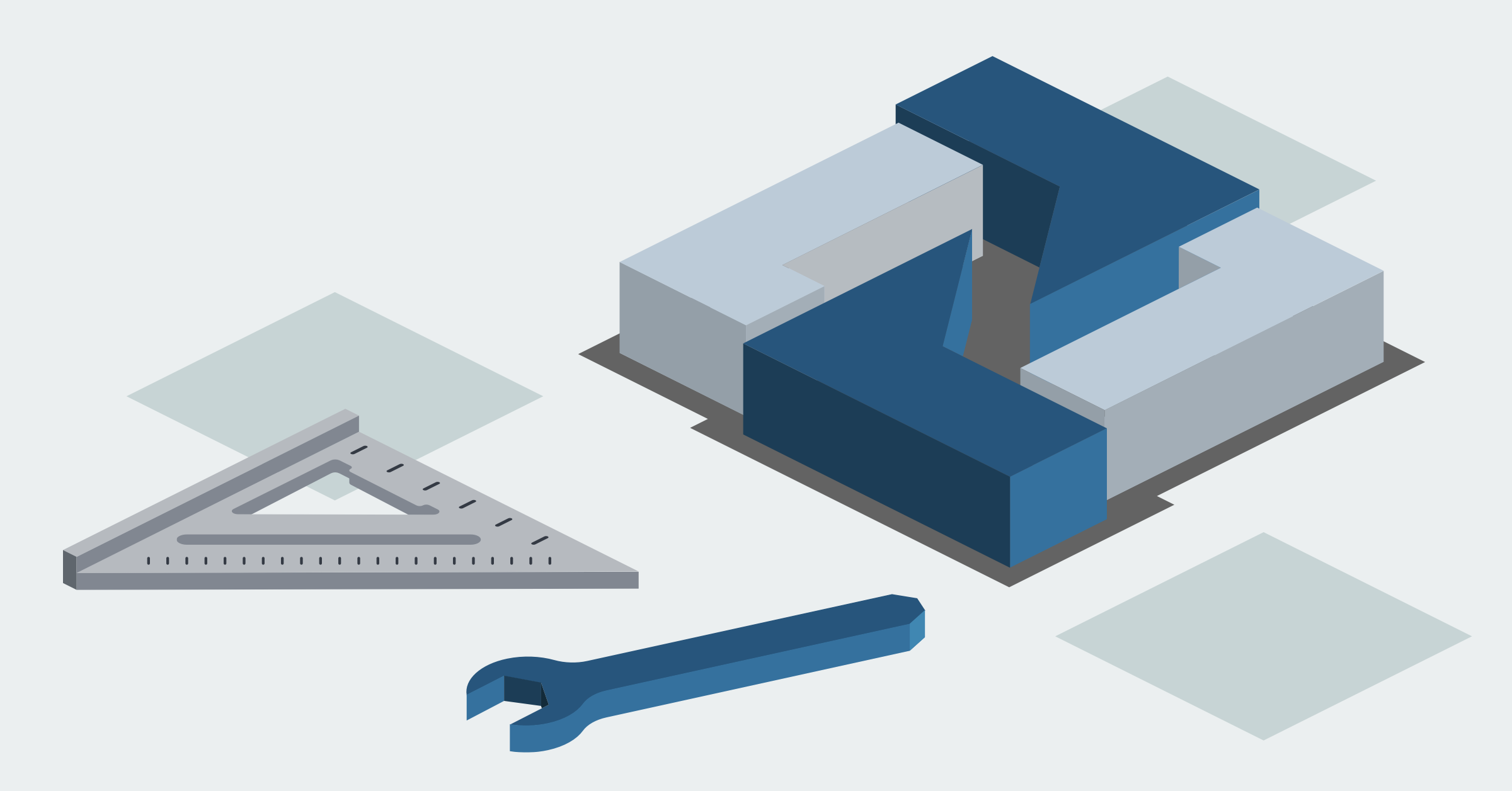 NetSuite Implementation and Integration: What You Need to Know for a Smooth ERP Adoption

ERP migrations can be a nightmare. Learn how to make adoption as smooth as possible.