Jumpstart your 2022 planning and be the strategic partner your business needs. Use this guide for a more collaborative and agile approach to the annual planning process. 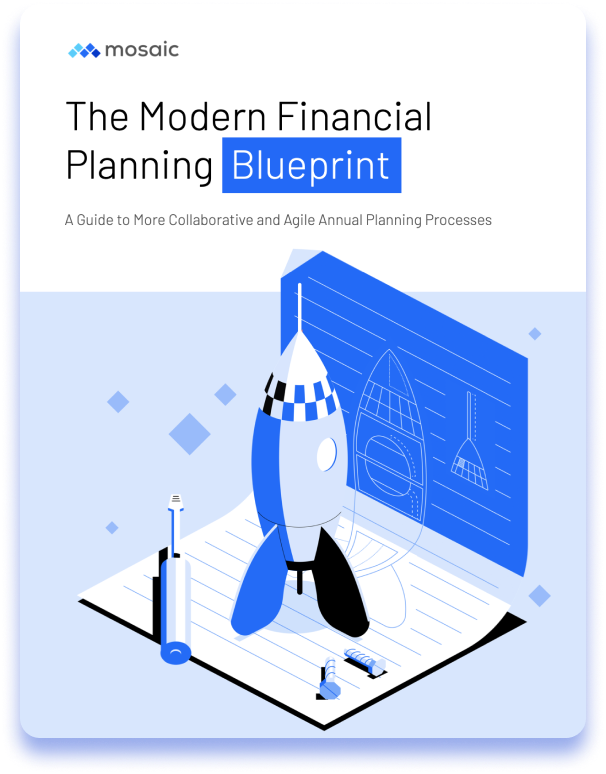 5 Tips to Crush Your SaaS Board Meetings 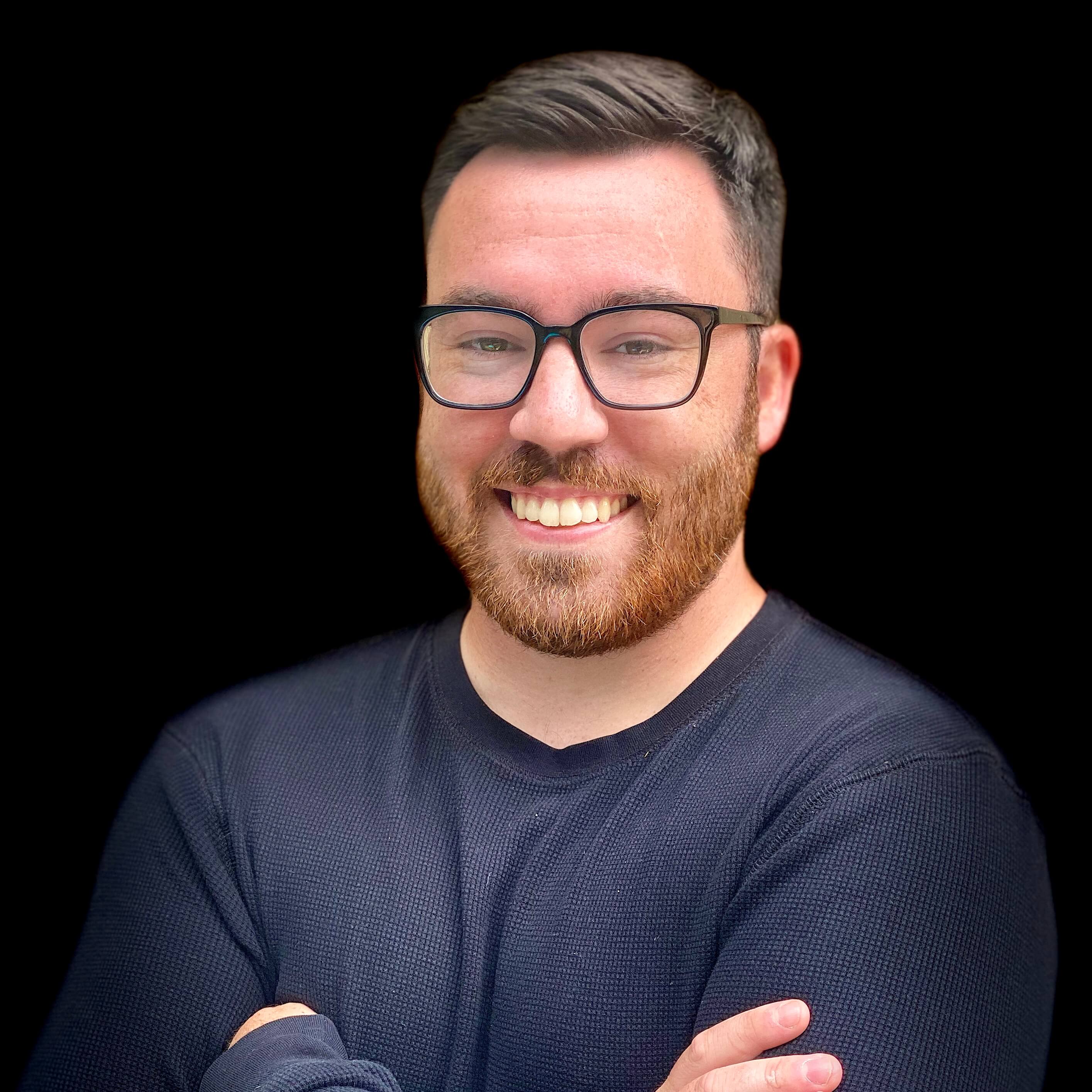 Joe Michalowski
Posted on
Updated on
Reading time is
{0}
minutes

Board meetings are an opportunity to tap into the expertise of your advisors and work together to plot a path to high growth. But you can only unlock that value if you come to the board meeting properly prepared. Find out what speakers from Founders Fund, Legion Technologies, and Mosaic had to say about how founders and finance leaders can crush their next board meetings.

The first step to crushing your next board meeting is putting together a clear, concise deck ahead of time. But a great deck alone won’t unlock the strategic value of your board members.

When it comes time to run the meeting, you need to be prepared to lead a valuable conversation—not just walk through your board deck. We brought John Luttig, Principal at Founders Fund, and Jervis Williams, CFO at Legion Technologies, to talk about what that means.‍

You can watch the full webinar to hear all of the answers John and Jervis gave to our audience’s burning board meeting questions. Or, check out the following 5 quick tips to help you tackle your next board meeting with confidence.

1. Make Discussion a Focal Point for Board Meetings

One of the most common mistakes startup leaders make is spending too much time presenting their board deck and not leaving enough room for group discussion.

“The biggest way in which you can mess up the board meeting is for it to be too much like a report or for an earnings call,” said Luttig, who’s been on the venture capital side of businesses the past several years. He added, “And not enough time focused on the discussion.”

The value of your board comes in no small part from the input, ideas, and non-monetary resources they can bring to the table when there’s room for discussion. In fact, the best board meeting Williams ever attended was one where the board was able to provide support beyond the boardroom.

“We were scaling from a headcount standpoint, and so recruiting was really important,” Williams said. “That came across in our board meeting, and having the support of the board in terms of recruiting and their networks, and just getting their full support—that was really big.”

The trio underscored the importance of sending the deck to the board and touching base with members ahead of time, so they’ll have been able to thoroughly review and ask more surface-level questions before everyone gathers.

“Send it out early, have the pre-reads, have the calls before the meeting,” Garafalo said. “Then you can spend much less time on the earnings call section and more time on the strategic elements of the board meeting.”

While it’s crucial to facilitate clear discussion during meetings, don’t underestimate the power of casual discussion with your board during adjacent events.

“After our last board meeting, we went out to dinner as an executive team and the entire board. That was the most productive part of the day,” Williams said. “Just the conversations you have over dinner, and the connection, and being able to pull more from our board members—that was a really valuable piece that only happens in person.”

There aren’t hard-and-fast rules for when your board meeting should be in open session — with potential observers and recorded notes on what was said — versus when the board should move into a closed session. There are strong advantages to keeping sessions open when sensitive information isn’t under discussion.

“It's generally good to have as much openness as possible,” Luttig said. “I know that the departmental heads and other other folks that are in the meeting can wonder what's going on behind closed doors, so it's good to set a culture or precedent of transparency.”

That increased transparency is great for keeping the company’s culture strong and decreasing any suspicion or fears among leads. But there are certainly times when going into a closed session is appropriate.

For Williams, his board meetings tend to start with an open session but move into longer closed sessions among smaller factions.

However your SaaS startup decides to handle open and closed sessions of the board meeting, be sure it’s a transparent process to maintain a culture of trust.

3. Keep Virtual Board Meetings in Check

We’ve all discovered how much can be accomplished through remote meetings since March 2020. Depending on your board’s location and needs, you may still be meeting virtually rather than in person. Or you may have included remote board members before COVID-19 changed the way everyone worked. Either way, be sure virtual attendees stay engaged.

“One downside of virtual board meetings is that because everybody's dialing in from their laptop, it's easier for people to be distracted,” Luttig said. To keep members on their toes, he suggests “calling on board members during the meeting, both to make sure that they've read the docs, but also to make sure they're paying attention.”

The added bonus? “They know you're running a tight ship,” Luttig said.

Luttig also recognizes the upside of virtual board calls, including a much lower barrier to meeting.

“To the extent there's travel involved for the board meetings, doing them virtually makes that quite a bit easier,” Luttig said. “So if you're still early stage, you could do more frequent board meetings like five to six times a year, if you want more frequent touch points—particularly if you have board members that are really strategic to the business.”

4. Decks Versus Docs: Keep It Clear, Concise, and Visual

One unique question from the audience was about presenting board members with a written, memo-like document instead of the traditional presentation deck.

A memo “might be easier to pull together, but it's somewhat of a lazier approach,” Luttig said, adding, “You have to assume that the board members can only spend a certain amount of time going through the materials. Being able to flip through it visually is always a lot easier and more efficient than a 10-page doc.”

If you’re going the deck route, you can confidently whip up clean, no-nonsense slides by downloading our SaaS board deck template. If you’re going with a board doc, the key to success is in its presentation and conciseness.

“I've actually never been part of a board that's done the memo style, but I do think there is something to be said about like the clarity and precision and the way that you write these things down,” Garafalo said.

Williams also hasn’t used memos in lieu of decks during board presentations, but his board recently adopted a system that steps away from full dependency on highly visual presentations. With the pandemic changing the cadence and type of meetings for many boards, Williams said his leadership team decided to send brief written updates to the board.

“There was some question about whether we should do a board call in between board meetings,” Williams said. “And it was everyone's preference just to send out a summarized version of the performance every month in between the board meetings.”

5. Focus on the Right Goals for Your Business Stage

Early-stage and late-stage startups have very different focuses, and you want to be sure your team is putting its effort into the right metrics and goals. If you are, your board meetings and presentation will reflect it. So what are those unique focus areas that boards want to see?

“For early stage companies, I spend so much time just trying to understand our receivables,” said Williams, who’s previously worked for up to 10 startups at a time as a CFO consultant. “Having a really good cash flow model is important. Then checking in on the results every board meeting, that's really early stage companies where I spent a lot of my time as CFO.”

Based on his experiences at maturing startups, Garafalo pointed to the need to critically evaluate the momentum your startup has and whether it’s financially sustainable as the business grows.

“Early days, we were measuring how many new customers we can win, how many logos can we win, and at what cost? At a certain point, it doesn't matter too much about the economics of winning a giant logo,” Garafalo said. “But as the company continues to scale, it's like really unpeeling that onion to see: Are the economics of the deals that you're winning good, are the unit economics of those customers working out, will they scale, how much are you spending to acquire those? In the early days, that probably matters less — what matters is getting that gravity. Later stage, it's like: Is this smart or efficient growth?”

“In the early stage, I think growth and growth levers is the most important thing to highlight, and, relatedly, what kind of asymmetric growth opportunities you're focused on as a team,” Luttig said. “Then as you mature toward the growth stage, the profitability measures matter a lot more, both at the company level, but also unit economics trends over time, go-to-market efficiency trends over time. This is where the performance versus plan becomes a lot more relevant.”

Start Getting More Out of Quarterly Board Meetings

Building a high-growth business is a marathon of sprints, and each quarterly board meeting is a crucial checkpoint along the way.

The companies that take a consistent, disciplined approach to their board meetings are the ones that will level up at each checkpoint and push toward their ambitious goals. That’s why the tips listed here are so important. They aren’t about making wholesale changes to your board meetings. Rather, they’re meant to help you gain the discipline necessary to make each meeting strategically valuable.

‍Check out the full webinar to go deeper on each of these tips and learn more about how you can crush your next meeting. 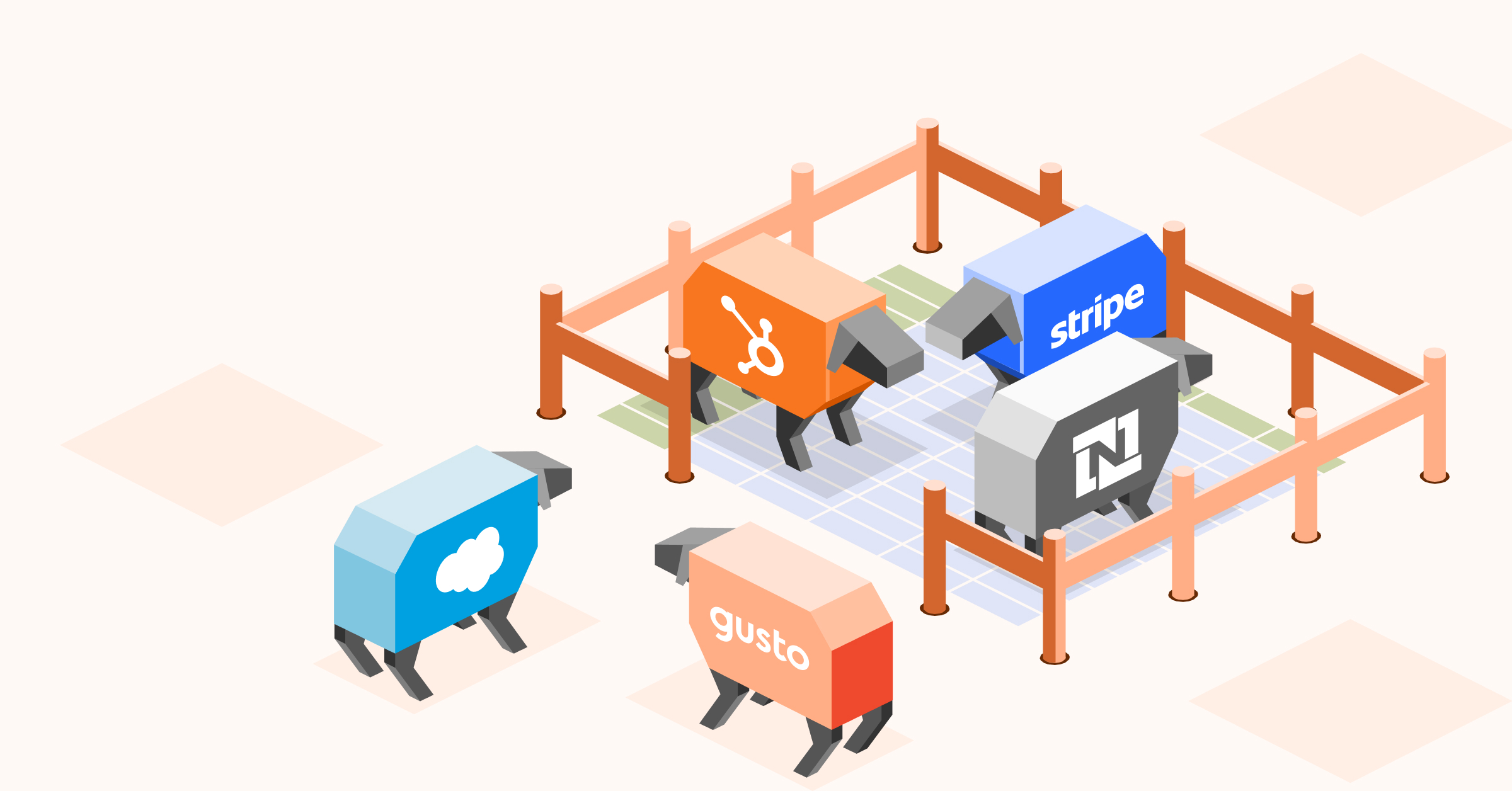 A Quick Guide to a Faster Financial Consolidation Process

Financial consolidation doesn't have to be such a painful process. Learn how to save yourself 15 hours per month. 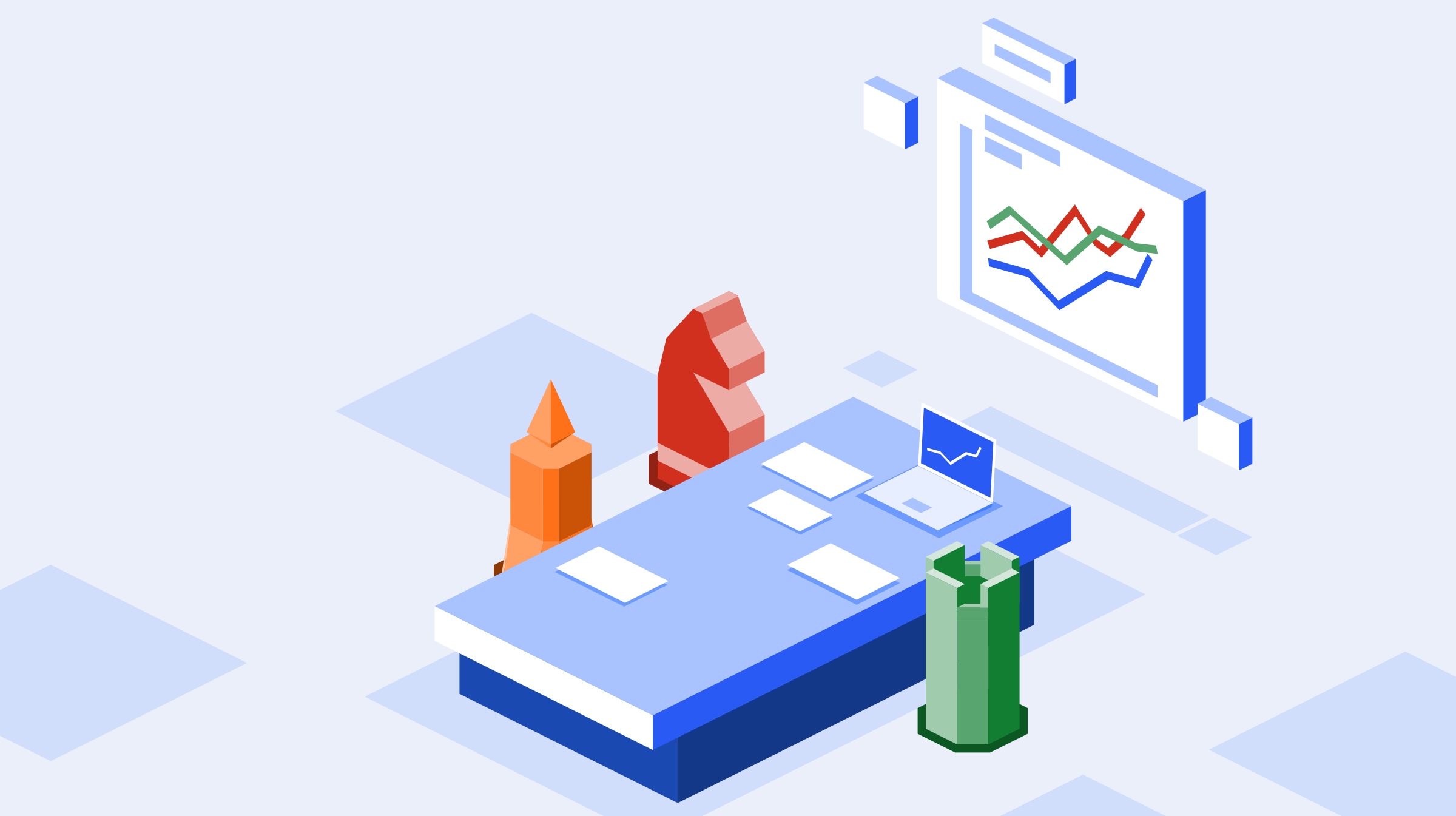 5 Tips to Crush Your SaaS Board Meetings

Want to crush your next board meeting? Follow these 5 tips from John Luttig, Principal at Founders Fund and Jervis Williams, CFO at Legion. 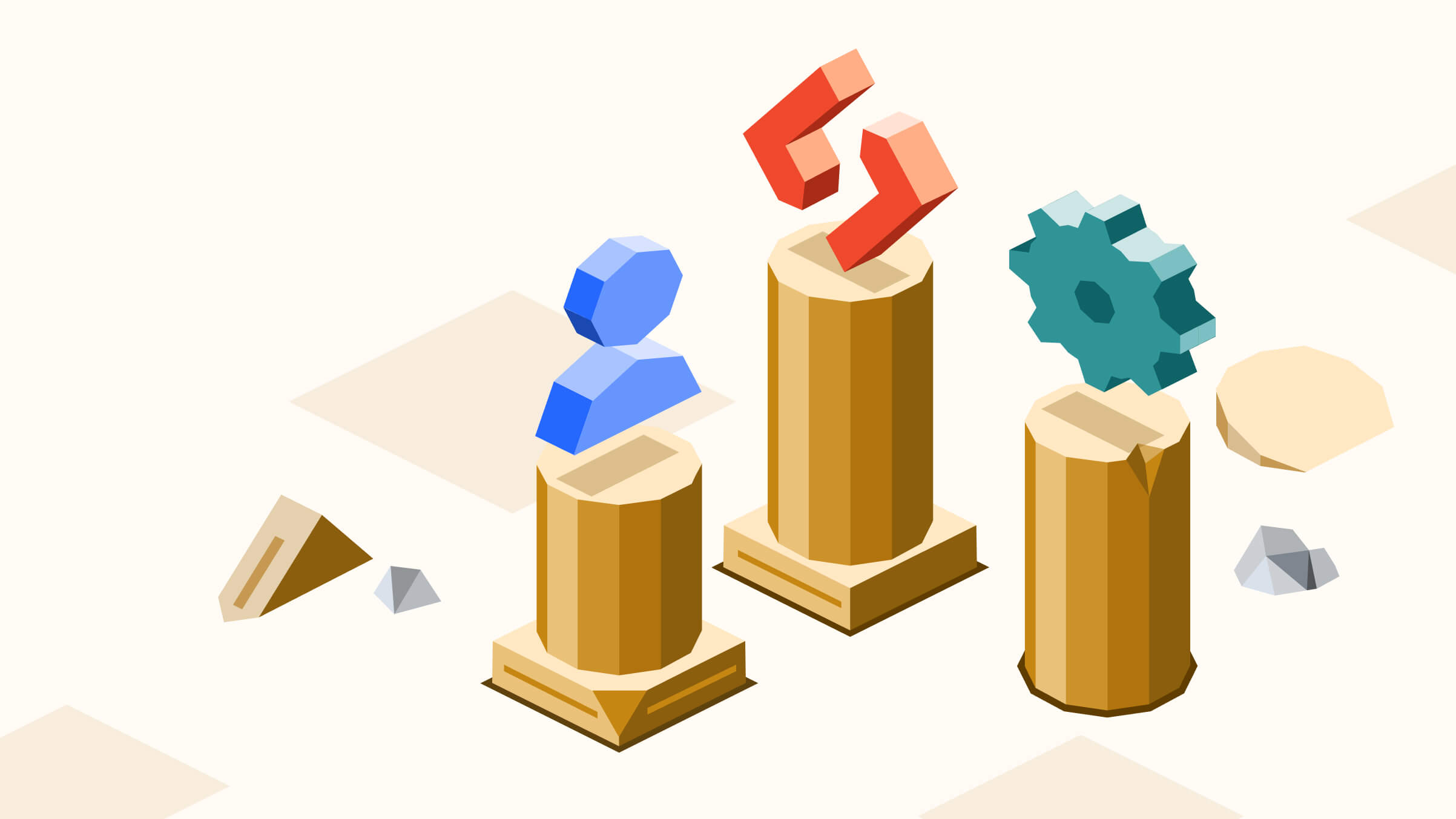 How To Build a Finance Function for the Modern Era